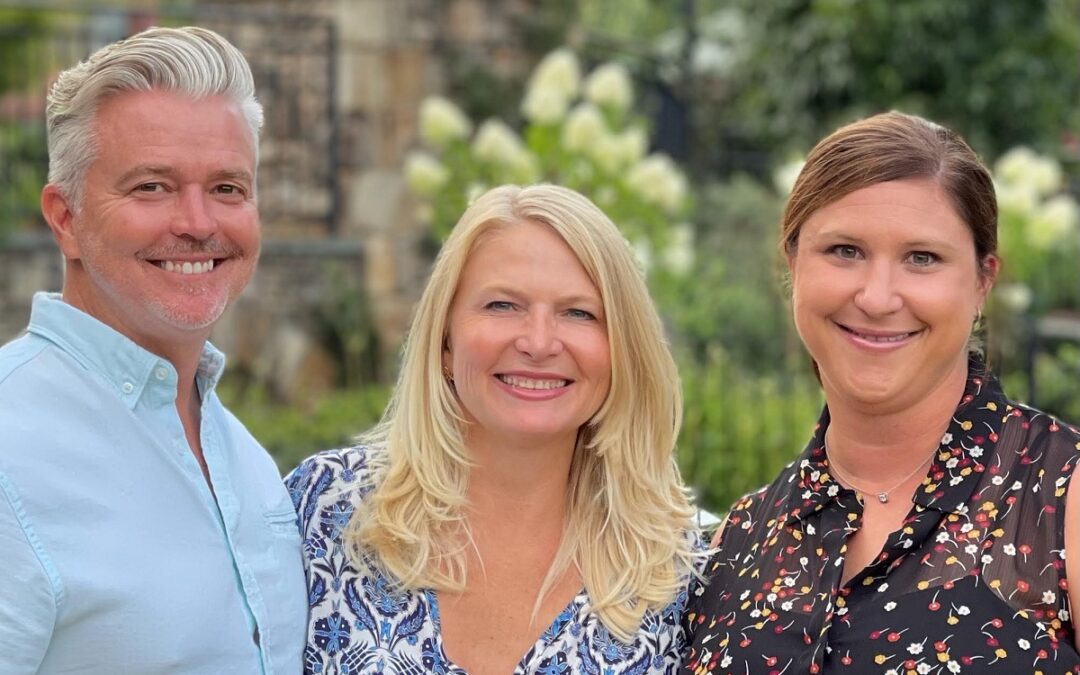 A new school year is upon us and what better time of year to dream of a bright future? Creative thinkers will likely find inspiration in this month’s Alumni for Education feature.  K2 Productions founders Kevin and April Eller are former Northwest Guilford graduates who were headed in two different directions after graduating from high school.

“When I was at Northwest I became an active member of the drama department, which eventually led me to an acting career in New York, but before I could get to this height I joined the Navy,” said Kevin. After serving as a Naval photographer, to obtain the funds to go to college, this born lover of the arts returned to his hometown of Greensboro to attend Guilford Technical Community College and eventually Greensboro College.

Along with a newfound passion, Kevin Eller would also find his way to a happy marriage. During a tour stop, in his hometown of Greensboro, Eller would have a chance to reconnect with his former classmate, the future Mrs. Eller. “During my time as an emcee I ran into April, whom I had gone to high school with. Before long she was working with, traveling, and learning all about the world of acting and event marketing with me,” said Kevin.

When the two former classmates decided to settle down and get married, a dream that was started by the newest happy couple became a reality. “While working inside the event marketing world both myself and April were given the opportunity to learn about production management, which we both really enjoyed,” said Kevin. “After about a year the traveling became too much so we decided to try our hand at starting our own production company that would focus on companies from right here in our hometown.”

In 2002, the man who grew up in the theatre, the wife who grew up in a family of entrepreneurs, and a host of other family members, began one of the most successful audio/video production companies in Guilford County. After starting this small creative business inside of Kevin and April’s home, K2 Productions has now grown to a large production company that handles everything from video production at live events or corporate meetings, to the creation of commercial content for large companies like Krispy Kreme and Coca-Cola.

“We have grown so much over the last few years that we now have three divisions, including K2 Pro Weddings, K2 Productions Events and K2 Corporate Productions,” said Kevin. “We have also hired more staff, including my brother Kenneth (the second K in K2) and my sister-in-law who now manages our corporate events department.”

Along with attributing both family and community support to the success of this company, each member of the K2 extended family also says that their growing success could not have been possible without education.

“While this dream all started with Kevin’s education in theatre from Northwest, serving as a photographer in the Navy, majoring in theatre at Greensboro College and even an education in working in event marketing, each one of us can attribute our roles to some kind of education that we received over the years – whether it be in school or in life,” said April. “I grew up in a family full of small business owners who taught me what it was like to be an entrepreneur. Having a family who knew how to successfully run a business, along with obtaining an education in psychology from both East Carolina and UNC Greensboro, as well as serving as the former Director of Guilford County School’s Aces Program definitely taught me all of the skills necessary to successfully manage a business. I am now able to manage both the accounting and business administration portion of all three branches of K2 Productions and I can’t imagine doing so without these prior learning opportunities.”

“I also had to lean quite a bit on my educational experience to make the transition from being an elementary education teacher to working for K2 Productions,” said Jennifer Eller. “When I married Kevin’s brother, I was an elementary education teacher at Our Lady of Grace Catholic School as well as Sylvan Learning Center. Needless to say, making the switch from working in education to working my way up to the management department of a production company was a challenge, but I believe that both my education and previous experience helped with this. To work in education, you must become a manager of sorts. You have to manage your classroom and organize your day-to-day plans. Many of these organizational skills became essential to both the event and vendor management side of the job that I now perform for our family’s successful company.”

Click here to see a bit of this impressive company’s work and help us congratulate the Eller family on their successful business.  If you are a Guilford County alumni who would like to share your success story with us be sure to contact Say Yes Guilford today at info@sayyesguilford.org.