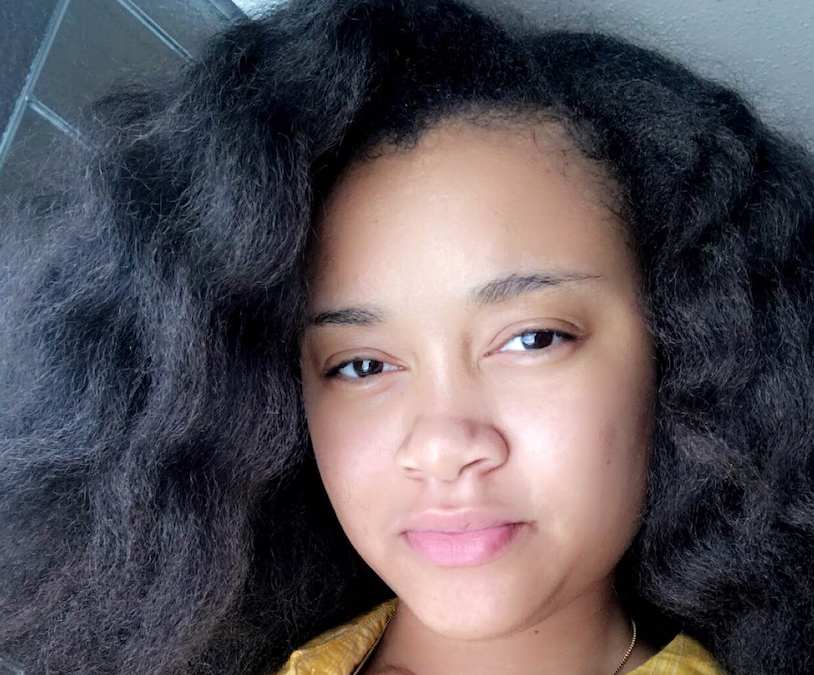 Now that a real-life summer is upon us and the panic over COVID-19 slows, we are excited to introduce you to a Guilford County Alumni who works for a large company that was an essential part of bringing some calm to a time that brought the world to a screeching halt. Microbiologist Camille England is a talented young woman who spends her days studying microorganisms for Procter & Gamble. This North Carolina Agricultural and Technical State University graduate found a passion for her scientific side while in college, but the path to scientific hero wasn’t always so clear.

“If I am being completely honest, when I was growing up, I wanted to be an actress, and that idea is not completely off the table now,” said England. “When I was younger, I had my hands in everything in the world of performance arts, including acting, singing and dancing. When I got to middle school at Eastern Guilford Middle my focus began to shift more towards academics and before long, I was introduced to my love for science and math.” England found herself in NC A&T’s STEM Early College program. The high school designed to prepare highly motivated, high-performing students with an interest in science, technology, engineering, and math for success in college steered the scholar toward a career in science and technology. It was an internship with internationally known agrichemical company Syngenta, that ignited a passion the once budding performance artist didn’t even know she had.  “I really enjoyed the experiences that I gained at both the STEM program as well as with Syngenta,” said England. “Both actually led me to pursue a degree in Biological Engineering.”

With help from Say Yes Guilford England continued her studies at the North Carolina Agricultural and Technical State University. On campus she worked as a research assistant, and her work began Recycling with Pride initiative that has continued to reduce waste at NC A&T today. While the path for this Guilford County alumna seemed bright, like many who have climbed the ladder of success, there were also bumps in the road. “After I graduated from college I wanted and needed a job, so I applied for work through a temporary agency,” said England. “While I was doing any work that they could set me up with, I had a really bad day so a friend of mine sent me a link to a job with Procter & Gamble and before I knew it, I was asked to join this large company as a microbiologist.”

After just one year with this company, England already making a name for herself and looking for opportunities to growth. “I really enjoy this job and career quite a bit,” said England. “There is so much potential here and I feel like Procter & Gamble could make it possible for me to go almost anywhere and do anything inside of my chosen career path. The best part about all of this is it would not have been possible without the opportunity to get a great education thanks to those who support organizations like Say Yes Guilford.”

England is driven to succeed, not just for herself, but for those who might want to follow in her footsteps “I just want to be an inspiration to other young women, especially African American women, to reach for dreams that they never knew were possible,” said England. “When I was younger, I didn’t really have female role models to show me what kind of life I could have in the future, which is why I want to be voice for those who may not think that there is hope for women like us.”

England joined Say Yes Guilford as a volunteer in 2020, chairing the alumni committee.  “I am so excited about this opportunity,” she says. “My biggest goal for this year was to volunteer for an important cause and all of the sudden this door opened up that allows me to make a bigger impact on others like me through this hidden gem of Guilford County.”

Say Yes Guilford is honored to be a part of England’s growth story and are looking for more stories like hers. If you are a Guilford County graduate who would like to share your success story with us be sure to contact Say Yes Guilford today at info@sayyesguilford.org.