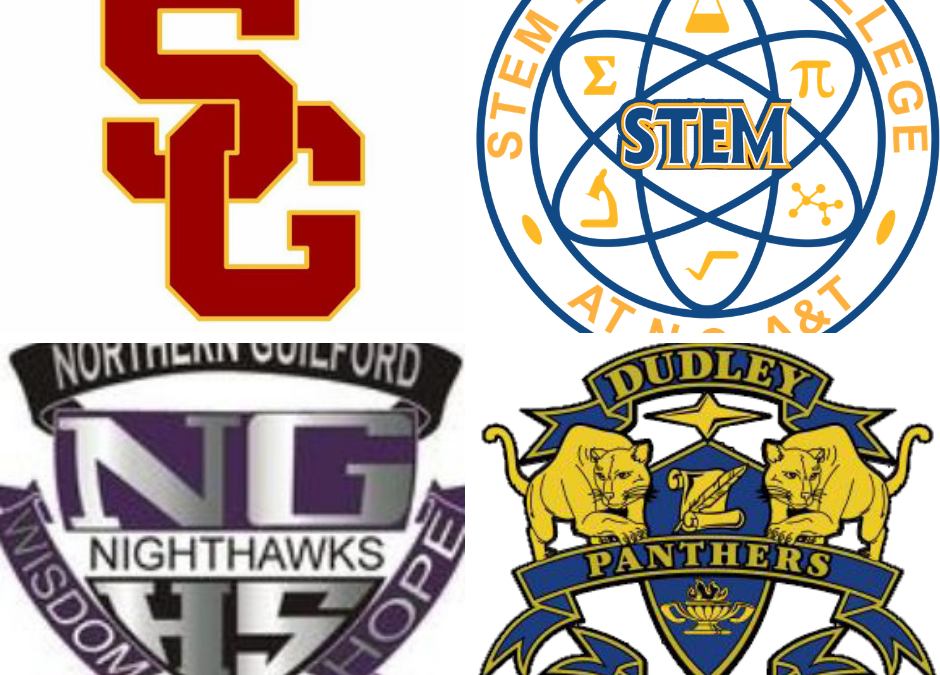 Four Guilford County Schools remain in competition for Say Yes Guilford March Madness prizes. All 28 high schools began the race for the title, each encouraging their seniors to register for Say Yes scholarships and increasing their school’s chance of moving forward in the competition.

The 4 schools still in competition are:

Say Yes Guilford’s scholarship department will export registration data Friday at 4pm to determine which schools advance to the championship. The resulting match-up will be announced on April 5. Scoring is based on a school’s percentage of seniors who have fully completed their Say Yes registration. The winning school will receive a $1000 donation to the counseling department and bragging rights for the year. Seniors at the winning school will also receive a prize. The champion will be named on April 12.

Say Yes Guilford works closely year-round with Guilford County Schools to increase graduates’ postsecondary success and increasing FAFSA completion is a core part of that goal. Families must complete the Free Application for Federal Student Aid to qualify for scholarships and financial aid, critical to many students completing their education. As part of the Say Yes Scholarship Registration process, students will complete the FAFSA, making them eligible for federal grants, loans and additional scholarships.

Say Yes Guilford is committed to providing access to support services and scholarships designed to prepare Guilford County Schools’ students for success in college, career and life. Since its inception in 2015, Say Yes Guilford has awarded over 10.3 million to GCS graduates, and our partnership with more than 100 private colleges and universities provided another $18.2 million for a total impact of over $28.5 million.