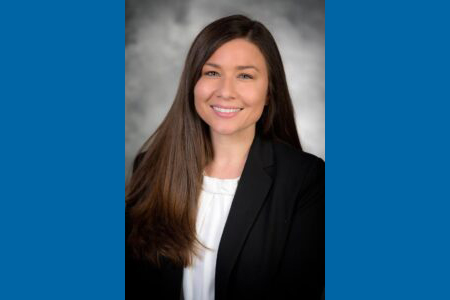 OCTOBER 16, 2020 – Say Yes Guilford is pleased to welcome Elizabeth Paul as Vice President of Donor Impact. Paul joins Say Yes after three and a half successful years as the Director of Development at UNCG’s Bryan School of Business and Economics.

Growing up in Greenville, South Carolina, Paul set her sights on a career in law. She earned her undergraduate degree at USC Columbia, and her law degree at the Charleston School of Law, but it was politics, not law, that started her on her fundraising career path. After fundraising for statewide and mayoral races back to back, she became a full-time fundraiser first with Trident United Way and then with Sea Island Habitat. “Access to education has always been a common thread throughout my work: in politics, in my non-profit roles, and of course at UNCG.”” She moved with her family to Guilford County in 2017.

Say Yes Guilford conducted a nationwide search and found the best candidate in our backyard. CEO Wendy Poteat calls Paul the right person at the right time. “We are thrilled to have Elizabeth on our team. She brings experience, community understanding and most importantly a passion for educational access that all of us at Say Yes Guilford share.”

As the daughter of a long-time public school educator, Paul says the opportunity to work for Say Yes Guilford was one she couldn’t let pass. “We have the unique opportunity to fund something that is going to transform lives today and generations of lives in perpetuity. Who wouldn’t want to get behind that?”

Paul shares her time with her husband, two young boys and beagle, Patches. She officially begins her new role with Say Yes Guilford on November 2.

Since its inception in 2015, Say Yes Guilford has awarded over 10.3 million to GCS graduates, and our partnership with more than 100 private colleges and universities provided another $18.2 million for a total impact of over $28.5 million. Say Yes Guilford registration for GCS seniors is open through June 1, 2021.